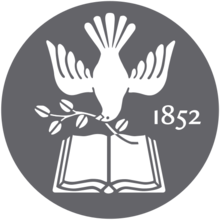 Do you work for Tufts University?Claim the Profile

Tufts University is a private research university incorporated in the municipality of Medford, Massachusetts, United States. Tufts College was founded in 1852 by Christian Universalists who worked for years to open a nonsectarian institution of higher learning. Charles Tufts donated the land for the campus on Walnut Hill, the highest point in Medford, saying that he wanted to set a "light on the hill". The name was changed to Tufts University in 1954, although the corporate name remains "the Trustees of Tufts College". For more than a century, Tufts was a small New England liberal arts college until its transformation into a larger research university in the 1970s. Tufts is a charter member of the New England Small College Athletic Conference (NESCAC). In 2017, the university accepted 14.8% of undergraduate applicants from a pool of 21,101. In 2017, it was ranked 29th nationally and 156th internationally by U.S. News & World Report.

The most popular major at Tufts University is Medical followed by Social Sciences, Biomedical, Disciplinary Sciences and Engineering.

Graduation rate of college is a strong indicator of success of the college’s students in attaining their educational goals. Prepler defines graduation rate as the percentage of first-time, full-time students who graduated from Tufts University within four or six years.