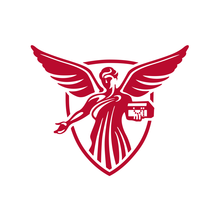 Do you work for Ball State University?Claim the Profile

Ball State University, commonly referred to as Ball State or BSU, is a public coeducational research university in Muncie, Indiana, United States, with two satellite facilities in Fishers and Indianapolis. On July 25, 1917, the Ball brothers, industrialists and founders of the Ball Corporation, acquired the foreclosed Indiana Normal Institute for $35,100 and gifted the school and surrounding land to the State of Indiana. The Indiana General Assembly accepted the donation in the spring of 1918, with an initial 235 students enrolling at the Indiana State Normal School – Eastern Division on June 17, 1918.

The most popular major at Ball State University is Education followed by Business Management, Journalism, Medical and Liberal Arts.

Graduation rate of college is a strong indicator of success of the college’s students in attaining their educational goals. Prepler defines graduation rate as the percentage of first-time, full-time students who graduated from Ball State University within four or six years.