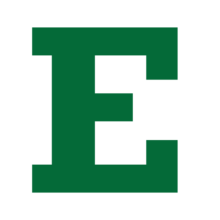 Do you work for Eastern Michigan University?Claim the Profile

Eastern Michigan University (EMU) is a comprehensive, co-educational public university in Ypsilanti, Michigan. Ypsilanti is 35 miles (56 km) west of Detroit and eight miles (13 km) east of Ann Arbor. The university was founded in 1849 as Michigan State Normal School. Today, the university is governed by an eight-member Board of Regents whose members are appointed by the Governor of Michigan for eight-year terms. The school belongs to the Mid-American Conference and is accredited by the Higher Learning Commission of the North Central Association of Colleges and Schools. Since 1991 EMU athletics has gone by the name "Eagles". Then in 1994, "Swoop" was officially adopted by the university as the school's mascot. Currently, EMU comprises seven colleges and schools: College of Arts and Sciences, College of Business, College of Education, College of Health and Human Services, College of Technology, an Honors College, and a Graduate School. The university's site is composed of an academic and athletic campus spread across 800 acres (3.2 km2), with over 120 buildings. EMU has a total enrollment of more than 23,000 students.

Graduation rate of college is a strong indicator of success of the college’s students in attaining their educational goals. Prepler defines graduation rate as the percentage of first-time, full-time students who graduated from Eastern Michigan University within four or six years.