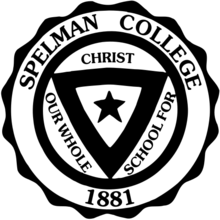 Do you work for Spelman College?Claim the Profile

Spelman College is a four-year liberal arts women's college located in Atlanta, Georgia, United States. The college is part of the Atlanta University Center academic consortium in Atlanta. Founded in 1881 as the Atlanta Baptist Female Seminary, Spelman was the fourth historically black female institution of higher education to receive its collegiate charter in 1924. (Two schools were strictly seminaries and one was originally coeducational.) Therefore, Spelman College holds the distinction of being America's first, and thereby oldest, private, liberal arts historically black colleges for women.

The most popular major at Spelman College is Social Sciences followed by Psychology, Biomedical, Disciplinary Sciences and English.

Graduation rate of college is a strong indicator of success of the college’s students in attaining their educational goals. Prepler defines graduation rate as the percentage of first-time, full-time students who graduated from Spelman College within four or six years.