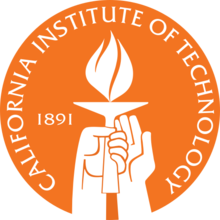 Do you work for California Institute of Technology?Claim the Profile

About California Institute of Technology

Although founded as a preparatory and vocational school by Amos G. Throop in 1891, the college attracted influential scientists such as George Ellery Hale, Arthur Amos Noyes and Robert Andrews Millikan in the early 20th century. The vocational and preparatory schools were disbanded and spun off in 1910 and the college assumed its present name in 1921. In 1934, Caltech was elected to the Association of American Universities and the antecedents of NASA's Jet Propulsion Laboratory, which Caltech continues to manage and operate, were established between 1936 and 1943 under Theodore von Kármán. The university is one among a small group of institutes of technology in the United States which is primarily devoted to the instruction of technical arts and applied sciences.

The most popular major at California Institute of Technology is Engineering followed by Physical Sciences, Computer Sciences, Mathematics and Biomedical.

Graduation rate of college is a strong indicator of success of the college’s students in attaining their educational goals. Prepler defines graduation rate as the percentage of first-time, full-time students who graduated from California Institute of Technology within four or six years.