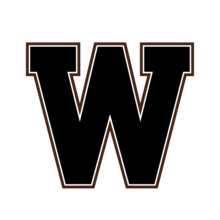 Do you work for Western Michigan University?Claim the Profile

Western Michigan University (WMU) is a public research university in Kalamazoo, Michigan, United States. The university was established in 1903 by Dwight B. Waldo, and as of the Fall 2014 semester, its enrollment was 23,914.

WMU's aviation program is considered to be amongst the top 3 aviation programs offered in the United States, and it is the site of the annual International Congress on Medieval Studies. The university's athletic teams compete in Division I of the National Collegiate Athletic Association (NCAA) and are known as the Western Michigan Broncos. They compete in the Mid-American Conference for most sports. WMU is ranked 1,059th in the 2018 US News & World Report global universities ranking.

Out of 28 majors categories at Western Michigan University, the 5 most popular are listed below.

Graduation rate of college is a strong indicator of success of the college’s students in attaining their educational goals. Prepler defines graduation rate as the percentage of first-time, full-time students who graduated from Western Michigan University within four or six years.