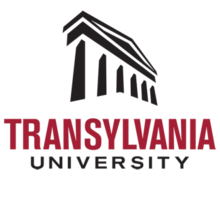 Do you work for Transylvania University?Claim the Profile

Transylvania University is a private university in Lexington, Kentucky, United States. It was founded in 1780, making it the first university in Kentucky and among the oldest in the United States. It offers 36 major programs, as well as dual-degree engineering programs, and is accredited by the Southern Association of Colleges and Schools. Transylvania's name, meaning "across the woods" in Latin, stems from the university's founding in the heavily forested region of western Virginia known as the Transylvania Colony, which became most of Kentucky in 1792. Transylvania is the alma mater of two U.S. vice presidents, two U.S. Supreme Court justices, fifty U.S. senators, 101 U.S. representatives, 36 U.S. governors, and 34 U.S. ambassadors, making it a large producer of U.S. statesmen. Its medical program graduated 8,000 physicians by 1859. Its enduring footprint, both in national and Southern academia, make it among the most prolific cultural establishments and the most storied institutions in the South.

The most popular major at Transylvania University is Business Management followed by Biomedical, Parks & Recreation, Psychology and Social Sciences.

Graduation rate of college is a strong indicator of success of the college’s students in attaining their educational goals. Prepler defines graduation rate as the percentage of first-time, full-time students who graduated from Transylvania University within four or six years.