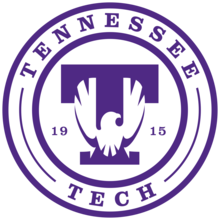 Do you work for Tennessee Technological University?Claim the Profile

Tennessee Technological University, popularly known as Tennessee Tech, is an accredited public university located in Cookeville, Tennessee, United States, a city approximately 70 miles (110 km) east of Nashville. It was formerly known as Tennessee Polytechnic Institute (1915), and before that as University of Dixie, the name under which it was founded as a private institution in 1909. It places special emphasis on undergraduate education in fields related to engineering and technology, although degrees in education, liberal arts, agriculture, nursing, and other fields of study can be pursued as well. Additionally, there are graduate offerings in engineering, education, business, and the liberal arts. The university is governed by an eight-member Board of Trustees. Its athletic teams compete in the Ohio Valley Conference.

Out of 22 majors categories at Tennessee Technological University, the 5 most popular are listed below.

Graduation rate of college is a strong indicator of success of the college’s students in attaining their educational goals. Prepler defines graduation rate as the percentage of first-time, full-time students who graduated from Tennessee Technological University within four or six years.

The University of Tennessee-Chattanooga

The University of Tennessee-Knoxville

University of Alabama in Huntsville