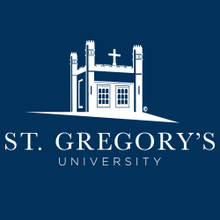 Do you work for St. Gregory's University?Claim the Profile

St. Gregory's University was a private, co-educational Catholic liberal arts university. It was one of the oldest institutions of higher learning in the U.S. state of Oklahoma. It had its main campus in Shawnee, and an additional campus in Tulsa.

The university suspended its operations at the end of the fall 2017 semester.In December 2018 the sale of the Shawnee campus to Hobby Lobby was approved by the bankruptcy court. The campus is to be leased, at least in the short term, to Oklahoma Baptist University, a private Christian liberal arts university in Shawnee.

Out of 17 majors categories at St. Gregory's University, the 5 most popular are listed below.

Graduation rate of college is a strong indicator of success of the college’s students in attaining their educational goals. Prepler defines graduation rate as the percentage of first-time, full-time students who graduated from St. Gregory's University within four or six years.