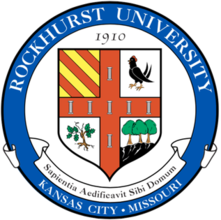 Do you work for Rockhurst University?Claim the Profile

Rockhurst University is a private, coeducational Jesuit university located in Kansas City, Missouri. Founded in 1910 as Rockhurst College, the school adheres to the motto etched into the stone of the campus bell tower: "Learning, Leadership, and Service in the Jesuit Tradition." It is one of 28 member institutions of the Association of Jesuit Colleges and Universities. Rockhurst University is accredited by North Central Association of Colleges and Schools, and the Helzberg School of Management recently gained accreditation by the Association to Advance Collegiate Schools of Business (AACSB). Rockhurst was ranked as number 19 in the 2012 U.S. News & World Report rankings of the Best Universities – Masters Midwest category, and Rockhurst has consistently appeared in the top fifteen universities in this category. In August 2009, Forbes magazine and the Center for College Affordability & Productivity (CCAP) published its annual college rankings list of America's Best Colleges. Of the more than 4,000 collegiate institutions in the United States, Forbes and the CCAP ranked Rockhurst University No. 250 in the nation and No. 3 in Missouri.

Out of 19 majors categories at Rockhurst University, the 5 most popular are listed below.

Graduation rate of college is a strong indicator of success of the college’s students in attaining their educational goals. Prepler defines graduation rate as the percentage of first-time, full-time students who graduated from Rockhurst University within four or six years.