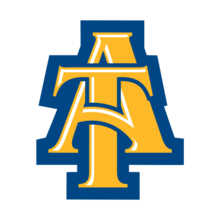 Do you work for North Carolina A & T State University?Claim the Profile

North Carolina Agricultural and Technical State University (also known as North Carolina A&T State University, North Carolina A&T, N.C. A&T, or simply A&T) is a public, historically black, research university in Greensboro, North Carolina. It is a constituent institution of the University of North Carolina System. Founded by the North Carolina General Assembly on March 9, 1891, as the Agricultural and Mechanical College for the Colored Race, it is the second college established under the provisions of the Morrill Land-Grant Acts, and first for people of color in the state of North Carolina. Initially, the college offered instruction in agriculture, English, horticulture, and mathematics. In 1967, the college was designated a Regional University by the North Carolina General Assembly and renamed North Carolina Agricultural and Technical State University.With an enrollment of over 12,000 students, North Carolina A&T is the largest historically black university in the U.S. According to U.S. News & World Report, the university was ranked seventh nationally among historically black institutions, and first among public historically black institutions. The university is also well recognized for its degree program in engineering. The university's College of Engineering has consistently ranked first in the nation for the number of degrees awarded to African Americans at undergraduate level, and is a leading producer of African-American engineers with master's and doctorate degrees. The university is also a leading producer of African-American psychology undergraduates; minority certified public accountants, landscape architects, veterinarians, and agricultural graduates.The university offers 54 Undergraduate, 29 master, and nine doctoral degrees through its eight colleges, one school and one joint school; The university awards more than 1,900 degrees annually, and has an alumni base around 55,000 in numbers. The main campus encompasses over 600 acres (2.4 km2) in area, additionally, the university operates a 492 acres (1.99 km2) working farm, and two research parks totaling a combined 150 acres (0.61 km2). The university is classified as a high activity research university by the Carnegie Classification of Institutions of Higher Education. The university ranks third in sponsored funding among University of North Carolina system institutions, As of 2018, the university conducts over $64 Million in academic and scientific research annually, and operates 20 research centers and institutes on campus. The university's designation as a land grant institution reflects its broad range of research with ongoing projects funded by agencies such as the National Aeronautics and Space Administration (NASA), U.S. Department of Agriculture, U.S. Department of Defense, National Institutes of Health, and the National Science Foundation.The school's students, alumni and sports teams are known as "Aggies." The university's varsity athletic teams, are members of the Mid-Eastern Athletic Conference in all sports. In 2018, the football team won its fourth MEAC title in five years and won the Air Force Reserve Celebration Bowl for the third time in four years. During the 2017-18 school year, N.C. A&T Athletics won MEAC titles in football, women's basketball, bowling, men's indoor track and field, women's indoor track and field and men's outdoor track and field.

The most popular major at North Carolina A & T State University is Engineering followed by Education, Business Management, Journalism and Computer Sciences.

Graduation rate of college is a strong indicator of success of the college’s students in attaining their educational goals. Prepler defines graduation rate as the percentage of first-time, full-time students who graduated from North Carolina A & T State University within four or six years.

University of North Carolina at Greensboro

University of North Carolina at Pembroke