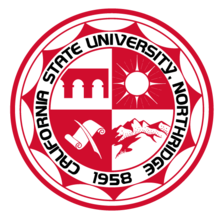 Do you work for California State University-Northridge?Claim the Profile

California State University, Northridge (CSUN or Cal State Northridge) is a public university in the Northridge neighborhood of Los Angeles, California. With a total enrollment of 38,716 students (as of Fall 2018), it has the largest undergraduate population as well as the second largest total student body of the 23-campus California State University system, making it one of the largest comprehensive universities in the United States in terms of enrollment size. The size of CSUN also has a major impact on the California economy, with an estimated $1.9 billion in economic output generated by CSUN on a yearly basis. As of Fall 2017, the university had 2,127 faculty, of which 818 (or about 40%) were tenured or on the tenure track. During the 2018-2019 academic year, CSUN's in-state tuition and fees were $6,888 for undergraduate students (7+ units) and $8,322 for those who are in a graduate program (7+ units).California State University, Northridge was founded first as the Valley satellite campus of California State University, Los Angeles. It then became an independent college in 1958 as San Fernando Valley State College, with major campus master planning and construction. The university adopted its current name of California State University, Northridge in 1972.CSUN offers a variety of programs including 134 different bachelor's degrees, master's degrees in 70 different fields, 3 doctoral degrees (two Doctor of Education degrees and a Doctor of Physical Therapy), and 24 teaching credentials. CSUN ranks 10th in the U.S. in bachelor's degrees awarded to underrepresented minority students and has over 350,000 alumni. Additionally, CSUN has been consistently recognized as having one of the best film schools in the U.S. and in the world. CSUN is home to the National Center on Deafness and the university hosts the International Conference on Technology and Persons with Disabilities (more commonly known as the CSUN Conference), which is held each year in San Diego. CSUN's Chicana and Chicano Studies Department is the largest in California.

The most popular major at California State University-Northridge is Business Management followed by Journalism, Social Sciences, Psychology and Medical.

Graduation rate of college is a strong indicator of success of the college’s students in attaining their educational goals. Prepler defines graduation rate as the percentage of first-time, full-time students who graduated from California State University-Northridge within four or six years.