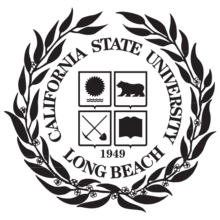 Do you work for California State University-Long Beach?Claim the Profile

California State University, Long Beach (CSULB; also known as Long Beach State, Cal State Long Beach, LBSU, or The Beach) is a public university in Long Beach, California. The 322-acre campus is the third largest of the 23-school California State University system (CSU) and one of the largest universities in the state of California by enrollment, its student body numbering 37,776 for the Fall 2016 semester. The university continues to receive record numbers of applicants; for Fall 2018, it received 102,879 undergraduate applications—the most of any CSU campus. The school has a 28% acceptance rate. In 2017, 17,650 out of 63,048 applicants were admitted making Cal State Long Beach a highly competitive school to get into. As of Fall 2014, the school had 2,283 total faculty, with 36.7 percent of those faculty on the tenure track. With 5,286 graduate students, the university enrolls one of the largest graduate student populations across the CSU system and in the state of California. The university is located in the Los Altos neighborhood of Long Beach at the southeastern coastal tip of Los Angeles County, less than one mile from the border with Orange County. The university offers 82 different Bachelor's degrees, 65 types of Master's degrees, and four Doctoral degrees.Long Beach State is one of the West Coast's top universities in terms of student body racial diversity, being named the 5th most diverse university in the West by U.S. News & World Report. It is also home to the largest publicly funded art school west of the Mississippi. The university currently operates with one of the lowest student fees in the country at $6,738 per year for full-time students having California residence.

Out of 25 majors categories at California State University-Long Beach, the 5 most popular are listed below.

Graduation rate of college is a strong indicator of success of the college’s students in attaining their educational goals. Prepler defines graduation rate as the percentage of first-time, full-time students who graduated from California State University-Long Beach within four or six years.