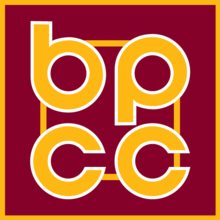 Do you work for Bossier Parish Community College?Claim the Profile

Bossier Parish Community College is a two-year institution of higher education established in 1967 by the Louisiana State Legislature, initially as a pilot program to test the feasibility of commuter two-year colleges.

In 2004, BPCC moved to a new $55 million complex on U.S. Highway 80. An associate degree in music was added. The new campus held its grand opening on February 1, 2005. A Health and Physical Education Complex and Performing Arts Theatre officially opened.

Out of 17 majors categories at Bossier Parish Community College, the 5 most popular are listed below.

Graduation rate of college is a strong indicator of success of the college’s students in attaining their educational goals. Prepler defines graduation rate as the percentage of first-time, full-time students who graduated from Bossier Parish Community College within four or six years.