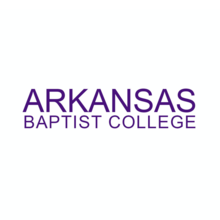 Do you work for Arkansas Baptist College?Claim the Profile

Arkansas Baptist College (ABC) is a private, historically black liberal arts college located in Little Rock, Arkansas. Founded in 1884 as the Minister's Institute, ABC was initially funded by the Colored Baptists of the State of Arkansas. It is the only historically black Baptist school west of the Mississippi River. The main building on its campus, built in 1893, is one of the oldest surviving academic buildings in the state, and was listed on the National Register of Historic Places in 1976.

Graduation rate of college is a strong indicator of success of the college’s students in attaining their educational goals. Prepler defines graduation rate as the percentage of first-time, full-time students who graduated from Arkansas Baptist College within four or six years.

Graduate in 4 years
0
Read more about Student Performance
Next: Admission